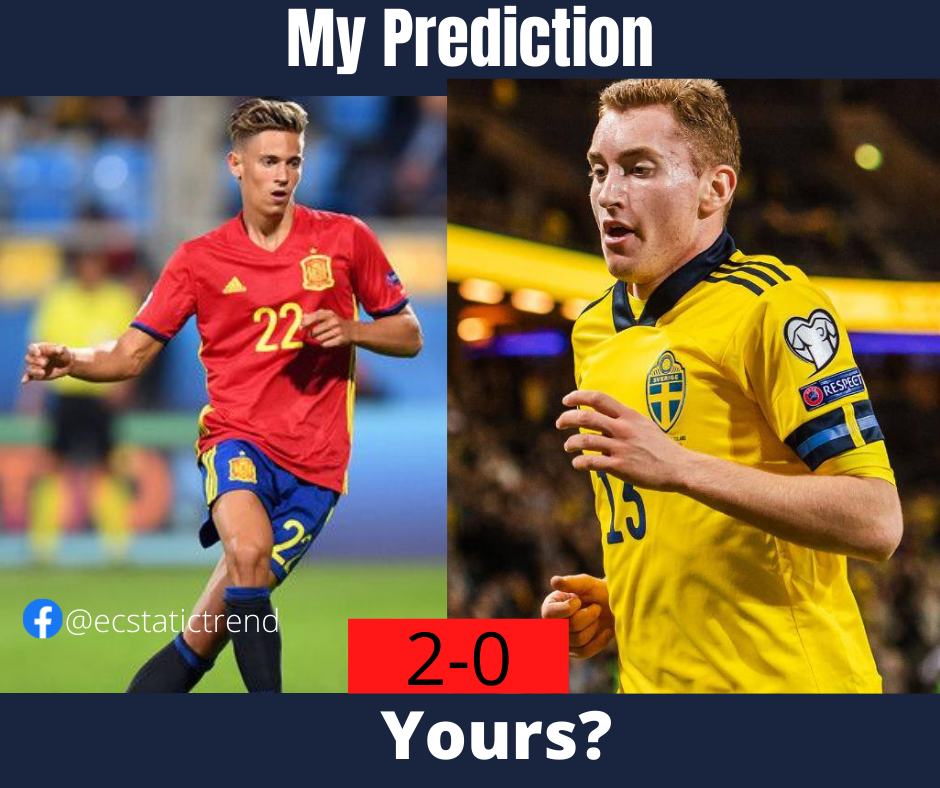 The match between Sweden and Spain will be played on June 14 in Spain. This is the battle of youngsters. Both teams have in form youngsters who can change the game at the last minute.

Sweden always entertains us and amazes us with its talent. They have Europe’s best young talents like Dejan Kulusevski and Alexander Isak. They also have an experienced player like Zlatan Ibrahimovic, Sebastian Larsson, Victor Lindelof. With the return of Zlatan Sweden is looking stronger than we thought. But sadly he is missing the euro due to injury.

Spain is also looking strong with the form of their young talent. Luis Enrique has not chosen experienced players like Gerrard pique, Sergio Ramos Dani Carvajal. It shows he believes in young talents like Pedri, Ferran Torres, Dani Olmo, and many more.

According to our prediction, Spain looks stronger. They will be winning this game with a score of 2-0. What do you think about it?