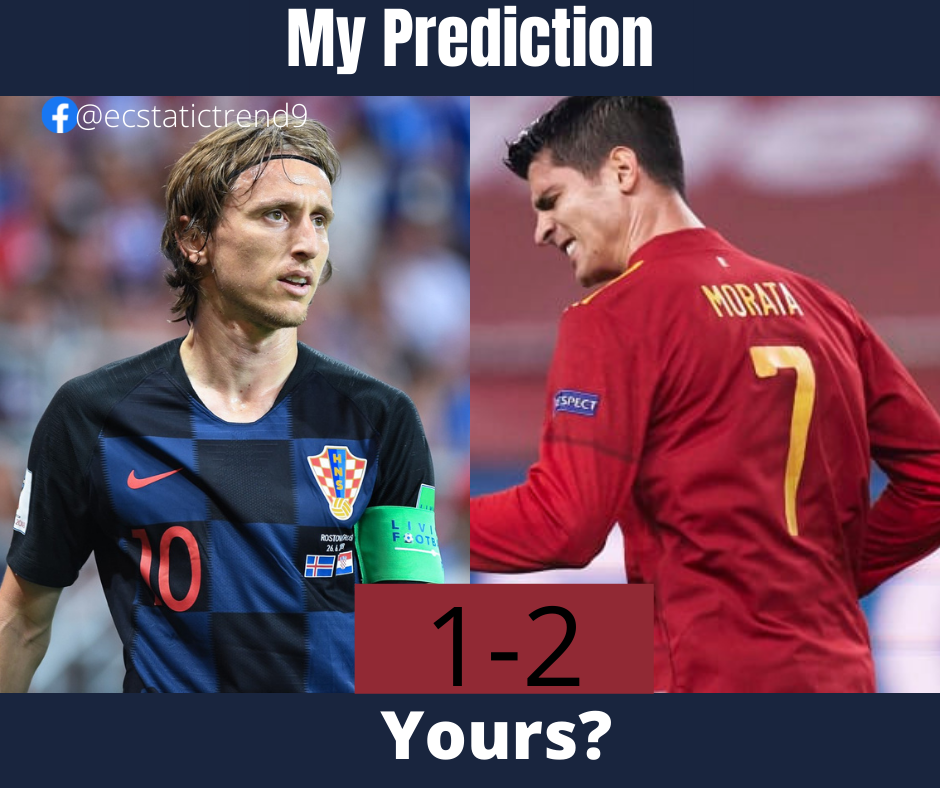 As we know that The match Between Spain and Croatia will be played on June 28. Both teams look stronger. Both teams have a tough match at the group stage but they finished in style.

We all know Sergio Ramos will not play this euro that’s why Spain are facing problem in defense. Croatia may take advantage of it. Spain is the only team to win 2 euros in a row. Alvaro Morata is looking in a form that is good news for the Spanish side.

Luka Modric is making an impact in the Croatia game. He scored when they need him. Excellent at the aerial duo, Killer’s eye for a pass, his long-range shot is accurate which will be very heavy for Spain. But that’s not enough to beat a team like Spain. Spain is mentally and physically strong.

For us, Spain will be winning this game with a score of 2-1. What do you think?