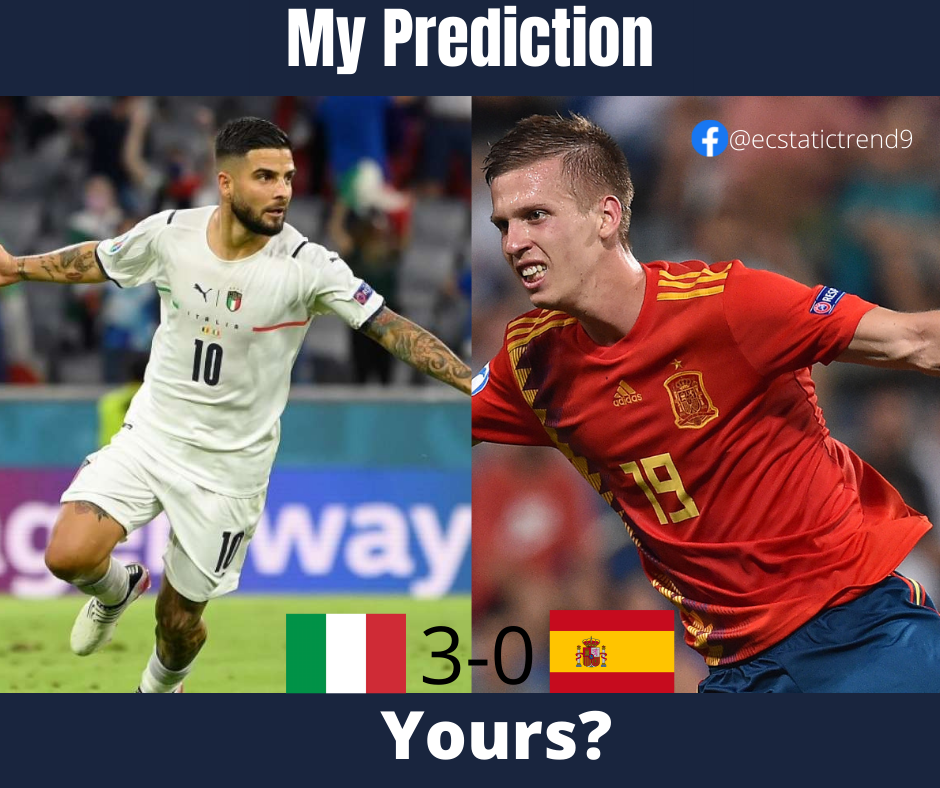 Spain and Italy are a team that has carried a history. Spain vs Italy is the most played fixture in Europe. We all know it will be a very tough game. After disappointing few years both teams new generation played quality football in this euro that’s why they are here.

Italy failed to qualify for the 2018 World cup now they are in the semifinal of euro Which clearly shows their improvement under Roberto Mancini. They have the perfect replacements for any player in the squad that’s their strength. Leonardo Spinazzola’s injury after magnificent euro may disappoint them.

Spain is doing something great after the 2012 euro. Their new generation is leading them to success. Ferran Torres, Pedri, Dani Olmo, and Pau Torres are doing really well. Spain is dreaming this euro but it seems they will end up with tears at wembely.