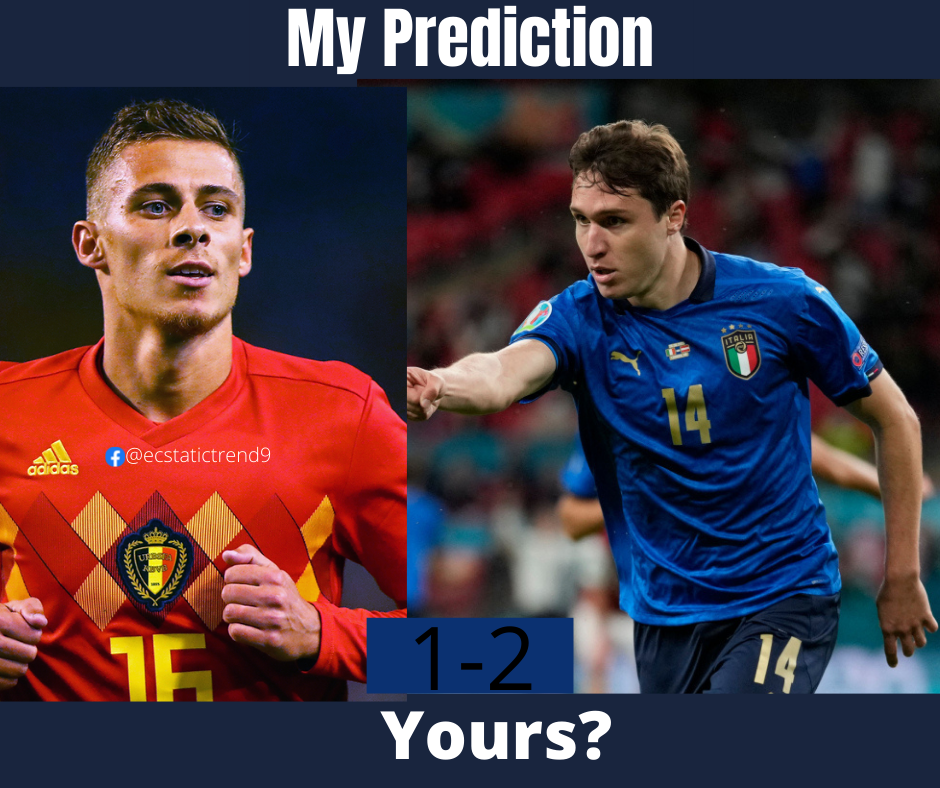 Italy and Belgium will play the first Quarterfinal match of euro 2021. Both have performed well on Round of 16, that’s why they are here.

Belgium has beaten Portugal in style. But the problem is their key player Eden Hazard and Kevin De Bruyne are injured during the round of 16 games. Both will be missing the important game against Italy. It’s an open game, tournaments favorites are out of the euro2021.

Italy has present beautiful football with their new manager Roberto Mancini. They are unbeaten in the last 31 games. We can imagine how good are they. Belgium will face a lot of difficulties against Italy. Beating Italy seems impossible. But it’s football and it’s unpredictable. We have seen Switzerland defeating the world champion France, the Czech Republic defeated the Dutch side.

Italy has a high chance to seal the win. They could beat Belgium with a score of 2-1. What do you think? Will the Belgian side break Italy’s record? We will find out after the match.