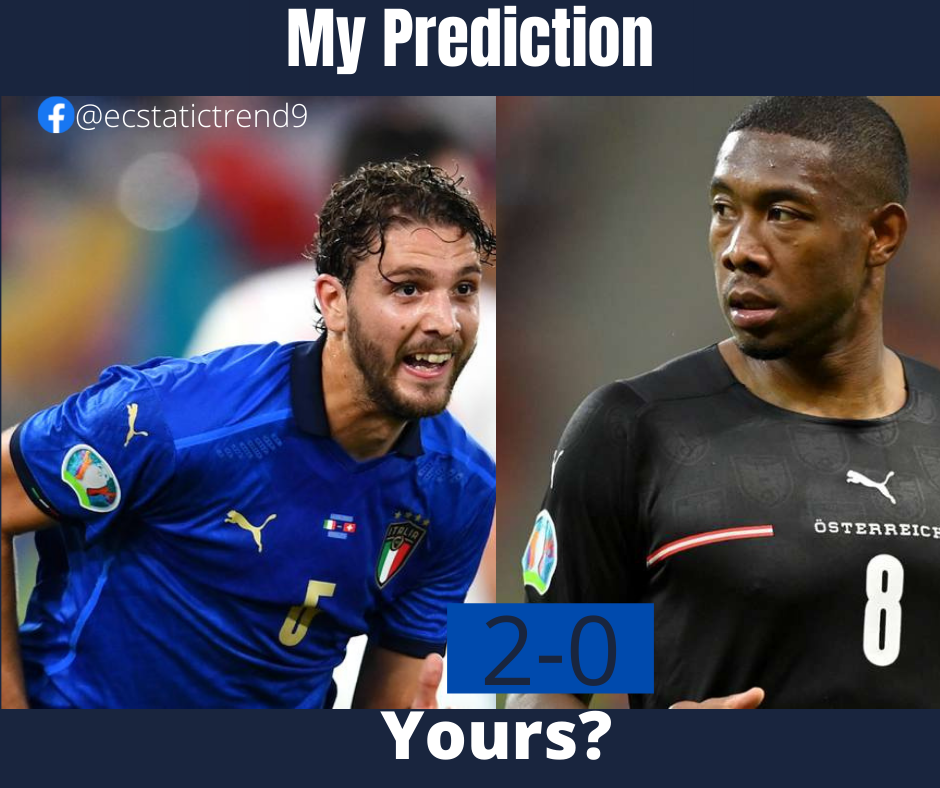 The group stage match of euro is over. The round of 16 matches will start on June 26. The match between them will be played at Wembley, England.

After a great start in the euro, Italy is looking favorable for the euro. They are good offensively and Defensively. We all have seen the Ciro Immobile, Manuel Locatelli, Marco Verratti and Lorenzo Insigne class.

After finishing second in their group Austria has made a great return in international. David Alaba is carrying the tea single-handedly. They know defeating Italy is tough but possible. Austria will be providing promising performance but they won’t be able to beat Italy.

Italy will be winning this game with a score of 2-0. What do you think?