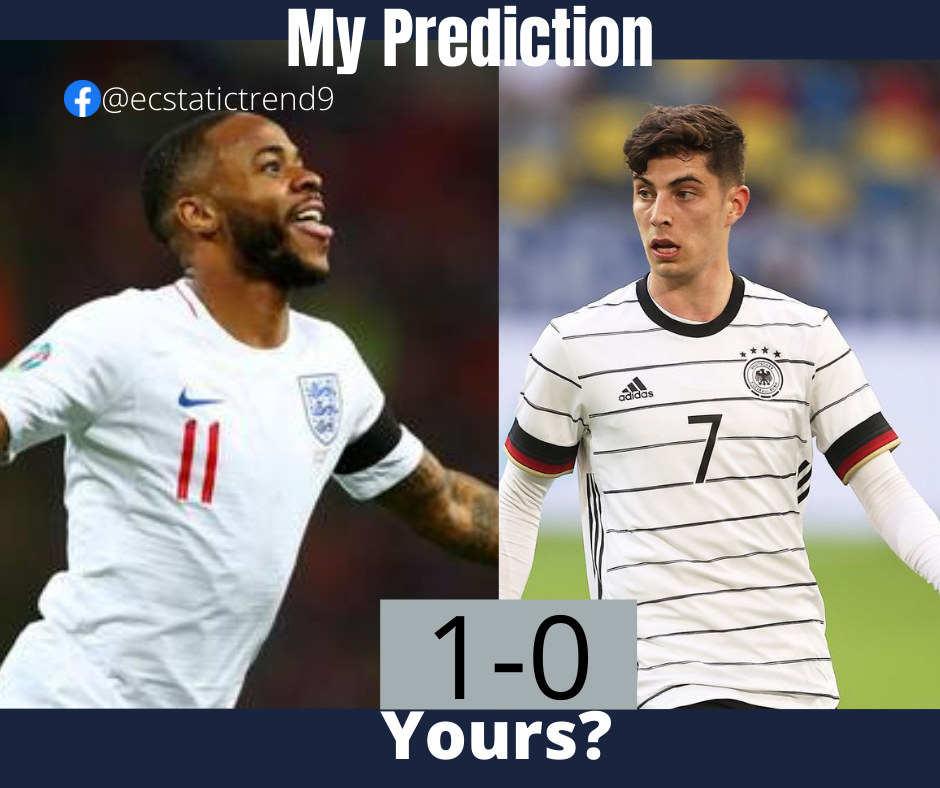 England is not playing well on the group stage. They are winning with a score of 1 goal which clearly shows they are playing defensive football. Defensive football from a team like England is unacceptable. Gareth Southgate is not using the talent properly. World-class attackers like Mason mount, Jordan Sancho, Marcus Rashford, Jack Grealish are on the bench.

German team can do anything they have proved against Portugal. Kai Havertz, Robin Gosens, and Joshua Kimmich are in extraordinary form. Antonio Rudiger and Mats Hummels are helping them in defense. They are unpredictable.

The German side will not get through against England’s defense. England will be winning this game with a score of 1-0. Will Germany able to beat England?