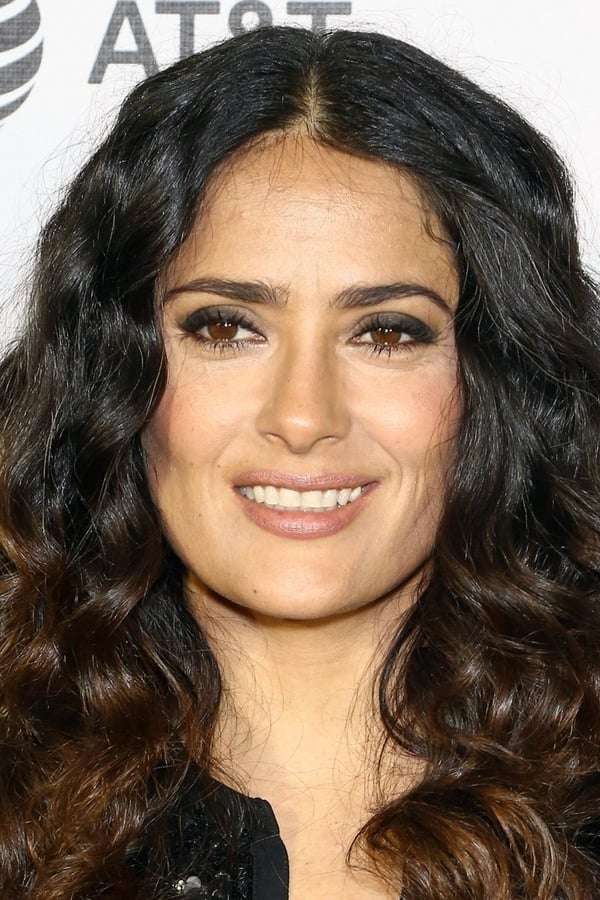 Salma Hayek is a Latin American actress who is very successful in the realm of Hollywood cinema.

Her films were very famous in the 90s and 2000s and made her a talented female actress who became the second Mexican actress (the first was K. Jurado), who received the Oscar award in the nomination for Best Actress.

Salma Hayek is known as a celebrity who has a sexy body.

Being half a century old apparently doesn’t diminish the sexiness of Salma Hayek.

Her body and face still look youthful and charming.

Salma Valgarma Hayek Jiménez-Pinault who is familiarly called Salma Hayek is the daughter of Sami Hayek Dominguez and Diana Jimenez Medina. She was born in Coatzacoalcos, Veracruz, Mexico, on September 2, 1966. Salma’s father is a former mayor of Coatzacoalcos and currently works as an executive in an oil company. While her mother is an opera singer and talent agency. She has a brother named Sami Hayek who is now working as a designer.

When she was 12 years old, Salma was diagnosed with dyslexia, which is a learning disability in a person that causes difficulties in reading and writing activities. She was expelled from the Sacré-Coeur boarding school in Grand Coteau, Louisiana. However, Salma continued to study until she reached college. She majored in International Relations at Universidad Iberoamericana, Mexico.

Growing up, Salma began trying to explore the world of acting. Her first debut was the Mexican telenovela entitled Teresa (1989).

Several years later, Salma moved to Los Angeles to study acting. However, her dyslexia made it difficult for Salma to learn English. Fortunately, Salma’s producer acquaintance, Robert Rodriguez, and his wife, Elizabeth Avellan, still allowed her to appear opposite Antonio Banderas in the film Desperado (1995).

Thanks to this film, the name Salma became known among Hollywood filmmakers.

Attracted by the seventh art, she made several appearances in various Mexican telenovelas. She becomes a star in her country thanks to the soap opera Teresa, in 1989. Two years later, Salma decides to take advantage of her dual American-Mexican nationality to go to the United States.

Dyslexic, she goes the extra mile and takes acting lessons with a renowned teacher, Stella Adler, who notably trained Marlon Brando. Director Robert Rodriguez stumbles upon Salma on TV on a Spanish variety show. Under the spell, he offers her the main role of Desperado alongside Antonio Banderas (1995). She styles the pole Jennifer Lopez, who also covets the job.

Propelled by the success of the film, she pursues her American dream by filming alongside big names: George Clooney in A Night in Hell (1996), Will Smith in Wild Wild West (1999), and the same year with Dogma facing the acolytes’ Matt Damon and Ben Affleck.

In 1999, she started film production with her company Ventanarosa. This initiative allows her to edit Frida, a biopic on the Mexican painter Frida Kahlo. She chose to interpret the artist herself, which earned her the Oscar nomination for best actress in 2003, in addition to the 5 other nominations that the film generated.

Stimulated by these signs of recognition, she embarked on a new project: the adaptation of the Colombian series Yo soy Betty la fea, the American version of which would become the phenomenon Ugly Betty, which won two Golden Globes in 2007. A consecration that for her allows to be appointed general manager of Ventanazul, a production company that promotes Latin American culture in cinema.

Over the years, Hayek continued to increase her net worth, becoming a very wealthy independent woman. As an entrepreneur and actress, Hayek was already having a good life in 2007, when she announced her engagement to a French billionaire by the name of François-Henri Pinault.

The billionaire husband is the CEO of fashion brands such as Gucci, Yves Saint Laurent, and Balenciaga. Hayek gave birth to the couple’s daughter later that same year, and in 2009 they were married in Paris.

Hayek and Pinault are still married, and Pinault has appeared on her social media accounts from time to time. Nowadays, Hayek’s net worth is said to be around $ 200 million.

Despite coming from a privileged family, her life probably far exceeds her wildest dreams.

At the age of 54, Salma is still setting fire with her figure and beauty. Her parameters are so proportionate and miniature that they sometimes look like a fragile porcelain figurine. She posted a picture of her feet in the water on Monday, January 4, 2020. she posed in a bikini with sunglasses screwed on her nose. It didn’t take more for a rain of comments to fall. 54 years old and you still break hearts huh? You are like wine, every year you are better.

Salma is a gorgeous woman of the medium height of 5 ft 2 inches, she has an athletic body, her hair is brown, her eyes are large, her eyebrows thin and her skin is light and she is a little extravagant, happy, a little angry.

Gossip and Rumors of Salma Hayek

When the novel American Dirt was officially released, it caused controversy in the US. Salma Hayek, who had praised the novelist Jeanine Cummins’ work, has now come under fire.

Finally, she apologized for promoting the novel without actually reading it.

For this status, she was heavily criticized by netizens.

It may be that today Hayek is happily married to Pinault, but before him, there are other important relationships in her sentimental file.

It was at the end of 1997, while Salma was filming the movie The Hunchback when she met the English actor. By December they were already dating and although they did not see each other in public often, it was known that their relationship was stable. It took many by surprise when in September 1999, while a Mexican reporter asked Salma about their relationship, she replied: Do you want me to shout it out to you? … We are done!

Their relationship began in 1999, however, they always kept it in total discretion, so it was until 2000 that it became known, however, the couple tried not to be seen in public to keep their love away from the spotlight. They worked together in the movie Frida in 2002, a role that would give Salma a nomination, however during the Oscars the couple was already estranged, shortly after, on July 4, 2003, their break was confirmed.

Shortly after she broke up with Edward Norton, Salma began to be seen with the handsome actor, four years her junior, whom she officially showed in public during an exhibition of furniture made by her brother Sami Hayek. After this, neither of them hid their relationship, but by the summer of 2004, less than a year after their romance began, the couple had already separated.

After her relationship with Josh ended, Salma became engaged to Francois-Henri Pinault, a French business magnate. On March 9, 2007, Salma delivered the happy news that she was pregnant with the first child of her relationship with Francois. Nine months later, she gave birth to her first child, Valentina Paloma Pinault (September 21, 2007) at Cedars-Sinai Medical Center Hospital, Los Angeles, California.

Less than a year old of their daughter, Salma and Francois broke their engagement on July 18, 2008. They then decided to reconcile and get married on Valentine’s Day, February 14, 2009, in Paris. Two months later, they again held a wedding ceremony in Venice, Italy, on April 25, 2009.