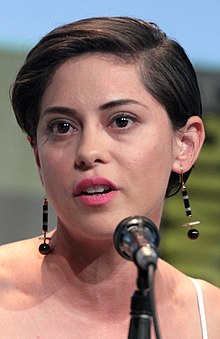 Rosa Salazar is an American actress born on July 16, 1985, in British Columbia, Canada.  She is active in her business since 2010. She was born in Canada but she grew up in  Washington, America.

At the age of 26, she had roles in the NBC series Parenthood. We can even see her in many movies like The Divergent Series: Insurgent, Maze Runner: The Scorch Trials, and Maze Runner: The Death Cure. She has won the Twin Cities Film Fest Breakthrough Achievement Award for Performance.