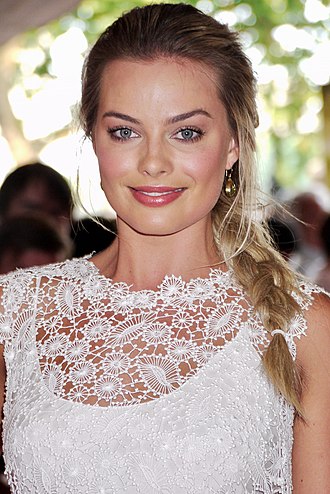 If we talk about the best movies of Margot Robbie, the ugly ones would say that they are for men because she is probably one of the most beautiful and sexy actresses in Hollywood. But there is much more to admire about her, apart from her physical characteristics, and here we refer strictly to her acting skills. The Oscar-nominated Australian actress began her career at the age of ten, starring in the soap opera Neighbors, sometime before appearing on the American screens with the short series Pan AM. And from here the bridge was built immediately and we could see Margot Robbie with Leonardo DiCaprio in Martin Scorsese’s film, The Wolf of Wall Street. In the years that followed, Margot Robbie proved that she is a very talented actress, much more talented than the incredible beauty she displays, very versatile in approaching roles, with a rising career. It’s only a matter of time before we see her on the main list of the best actors in Hollywood.

Margot Elise Robbie was born on July 2, 1990, in Gold Coast, Queensland, Australia to the family of Sarie Kessler, a physiotherapist, and Doug Robbie, a former farmer. She has a sister, Anya, and two brothers, Lachlan and Cameron. Margot and her siblings were raised by their single mother with the help of their grandparents. Sometime after the birth of his fourth child, the father of the family, Doug Robbie, left the family, considering it an unbearable burden for him. Sari Kessler had to work endlessly to be able to raise four children. Margot and her siblings grew up on a farm with her grandparents – experienced farmers.

It is not surprising that since childhood the first and most important example for Margot is her mother, a physiotherapist, a specialist in working with the elderly and people with disabilities. As for her father, Margot has not communicated with him since the day she closed the door to their family home behind him.

Sarie sought to give her daughter as much as possible. This is probably why Sarie, whenever possible, enrolled Margot in all the circles in the school. For example, Robbie’s record includes rowing, dancing, softball, and, of course, a theater studio. Probably this last choice determined the fate of the actress in the future. By the way, in high school, Margot also became interested in surfing. In Australia, this sport is a shame not to be on their list of hobbies. Margot spent hours on the beach catching a wave. The result of hard training can be judged by the right athletic figure.

At the age of 16, Robbie worked three jobs simultaneously- a waitress, a maid, and a saleswoman in a small beach shop. She studied drama, graduating from Somerset College in 2007. At the age of 17, she moved to Melbourne to begin her acting career.

It’s impressive for the young actress from Australia earning millions since her debut in Hollywood. Reportedly, she earned between 9-10 million dollars for the movie Bird of Prey. However, for her debut movie the Wolf of Wall Street, she was only paid $347000. now, she is earning millions for each movie, she is the face of Calvin Klein and Chanel, she has starred in numerous commercials including Nissan. She has also turned producer and has been producing short movies. All her endeavors have only added her net worth of 26 million dollars as of 2020.

Margot Robbie made her acting debut in the films Vigilante and ICU, directed by Aash Aaron in 2008 and 2009. She also played the recurring role of Donna Freedman in the soap Neighbors and won two nominations at the Logie Awards. She then left the series and her country in 2011 to try her luck in Hollywood. Always for television, but this time American, she plays alongside Christina Ricci a cute flight attendant in the Pan Am series. For lack of audience, the series ends after fifteen episodes.

It was in 2013 that her career took off, as she landed a role in It was time by Richard Curtis. She played Naomi Lapaglia in The Wolf of Wall Street, the biopic on the life of stockbroker Jordan Belfort, directed by Martin Scorsese and worn by superstar Leonardo DiCaprio. The sexy revelation of the film, Margot Robbie is now the center of attention. The actress continues with Diversion, in which she slips into the skin of an apprentice criminal who has a relationship with a professional scammer played by Will Smith.

The following year, she acted in the highly anticipated Suicide Squad where she plays Harley Quinn, the Joker’s protégé. That same year, she took part in the new Tarzan via the role of Jane.

In 2018, Margot Robbie played skater Tonya Harding in I, Tonya, the first woman to land a triple axel in a major competition, but which gained more attention for her involvement in the assault of another skater: Nancy Kerrigan.

She also portrayed the character of Queen Elizabeth I in Mary Queen of Scots and acted as Fox News Employee in Bombshell. In 2019, her dream of working for Quentin Tarantino was fulfilled when she acted as Sharon Tate in Once Upon a Time in Hollywood. In 2020, she acted in Bird or Prey and reprised the role of Quinn. She also produced several projects, including the Hulu television series Dollface (2019–present) and the film Promising Young Woman.

The blonde beauty from Australia stands a height of 5ft 6 inches with oceanic eyes and a body figure of 34-23-34, she is stealing the hearts and gaining massive popularity. She has become a guaranteed box office success that’s why she has been named as the 100 most influential people in the world in 201 by Time Magazine. Forbes also featured her in their 3 under 30 lists the same year. Weighing only 57 kg, she likes to sleep the right amount than spend hours in the gym.

Margot never hid the details of her personal life, moreover, amazingly, the girl manages to remain in excellent relations with all her ex-boyfriends. Her first love was Matthew Thompson, who later became the director of the Coastech Constructions construction company in Robbie’s hometown. They often see each other when the actress comes home. Matthew believes that being the first love of a Hollywood star is at least prestigious. Already in Los Angeles, Margot got along with a student Mark, but the relationship ended quickly – the press so actively exaggerated the romance of Robbie and DiCaprio, that the unfortunate Mark lost his temper.

And soon the paparazzi assigned her a new boyfriend – Henry Aitken, who worked as the art director of the science fiction film Z for Zachariah. But this relationship ended as soon as the last filming was filmed.

Margot was already developing a quick affair with Tom Ackerley when journalists suspected the actress of an affair with Prince Harry. Knowing the fascinating nature of his nephew Elizabeth II, no one found this assumption strange (especially since Harry’s wife is also an actress, Meghan Markle). Harry and Margot met in a home heating room with their mutual friend Sookie Waterhouse. They wrote that Harry was interested in Margot, but she not only remained indifferent to the prince but did not immediately recognize him as a representative of the royal family.

Margot also found her future husband, Tom Ackerley, on the set on the set of Suite Française in 2014. But this relationship exceeded the workflow, and in December 2016 the couple officially legalized it. This was done without any fanfare. Only very close relatives and friends were invited to the modest ceremony, which took place in Australia.