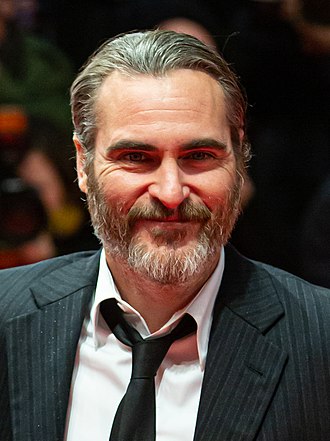 Joaquin Phoenix is an American actor who plays in both commercial films (Gladiator) and auteur films (Mysterious Fores). He often reincarnates in new images, changing a lot in appearance, for example, earning tens of pounds.

This year, he took home the 2020 Oscar thanks to his acting as Arthur Fleck in the Joker film for the Best Actor category. In this year’s Oscars, Phoenix managed to shift several other actors, namely Antonio Banderas in Pain and Glory, Leonardo DiCaprio through Once Upon a Time in Hollywood, Adam Driver for Marriage Story, and Jonathan Pryce in The Two Popes. Apart from his acting career, he also dares to direct music videos, as well as produce films and TV shows. Phoenix is a social activist, and animal rights advocate.

Gossip and Rumors of Joaquin Phoenix

Alcoholism and Rehabilitation of Joaquin Phoenix

When Phoenix played the role of Johnny Cash in Walk the Line, he was confronted with issues such as drug and alcohol abuse. Many thought the actor was haunted by the memory of his brother during filming, particularly in the scene depicting the fate of Cash’s brother, but Phoenix denied any connection to his personal experience.

However, later Joaquin himself admitted that he was in a critical situation. So in 2005, he went to a rehabilitation center and, after his stay in the clinic, he started attending Alcoholics Anonymous meetings.

Although Phoenix has managed to recover and leave all this behind, he continues to have big problems in life and especially on set. In an interview, he revealed that he suffers from incredible anxiety. When he acts he is forced to use blotting paper for his armpits because he sweats constantly.

Despite being a favorite of critics and audiences alike, Joaquin fails to recognize the greatness of his work. Upon the release of a new film, he despises his work so much that he is afraid of starting work on a new film. Additionally, Joaquin revealed that he never looks in the mirror and never looks back at his films.

Phoenix was born Joaquín Rafael Bottom on October 28, 1974, in the Río Piedras district, San Juan, Puerto Rico. He was born to parents from the mainland US. His mother’s name is Arlyn Phoenix and his father’s name is John Lee Bottom. He is the third of 5 children, including River, Rain, Liberty, and Summer. He also has a half-brother named Jodean from a previous relationship of his father.

Phoenix’s father comes from Fontana, California, of English descent, and some German and French descent. His mother was born in the Bronx, New York, to Jewish parents whose family emigrated from Russia and Hungary.

Parents Arlene Sharon Dunetz and John Lee Bottom were members of the Children of God sect until 1978, missionaries and traveled in an old van across South America. Having got rid of the influence of the religious movement, they became Phoenixes. From the previous life, the family left only a commitment to vegetarianism. Arlene got a job as secretary of the casting department of NBC, which determined the future of the children.

As Joaquin claimed in an interview, he was born with mutilation on his face – there was a scar over his upper lip that looked like a trail from a hare lip. Although fans suspect that the actor still underwent surgery to eliminate the aesthetic defect.

Phoenix was very close to his brother River Phoenix but he passed away at the young age of 23 in 1993. it was his brother River who foretold that Joaquin is going to be a very big actor one day. Sadly he was not there to see his prediction coming true.

Phoenix began his acting career with his brother and sister in the movie SpaceCamp. He soon left acting until he turned 20 and returned in 1995. Since then, he has played in many big-name blockbusters of Hollywood. He surpassed People magazine as the highest-paid actor for 2019, with estimated earnings of $ 82 million. Phoenix has just bought a $ 1.3 million home in LA, which covers an area of 2,511 square meters. He bought his 3,753-square-foot main house in 2006 for $ 4.8 million and settled right next to the new home. His estimated net worth for 2021 is said to be 50 million dollars.

The screen biography of Phoenix began with commercials and TV series Seven Brides for Seven Brothers, Alfred Hitchcock Presents. He got his first notable role in the thriller To Die in the Name about a troubled young man who, under the influence of a beautiful careerist, goes to murder.

In the tragicomedy, Parents Joaquins partner was Keanu Reeves, who later became a close friend. The actor is friends with Ben Affleck, whose brother Casey is married to his sister Summer, and in 2010 he shot Phoenix in his project I’m Still Here.

Zero can be safely called a bright streak of an actor’s career. Several films with his participation were marked with high awards and nominations: Mysterious Forest, Hotel Rwanda, Signs. For the image of the Roman emperor Commodus in Gladiator, Joaquin received personal nominations for Oscar, BAFTA, and Sputnik.

The audience was impressed by Phoenix’s performance as a priest in The Pen of the Marquis de Sade and musician Johnny Cash in the biopic Walk the Line. For the sake of the latter, which brought the first Golden Globes, Joaquin learned to play the guitar and sing.

The film Don’t Worry, He won’t Go Far is also based on the memoirs of the cartoonist John Callahan. He became famous for caricatures on the topic of the day, in which there was no political correctness, which only contributed to the development of a brilliant creative career. Phoenix and this time plunged headlong into the role: he drove in a wheelchair, rather tolerably imitated Johns’s drawings, spent hours getting used to the medical bed.

The drama The Master, for which the actor received an award at the Venice Festival and was nominated for an Oscar and a Golden Globe, is considered by critics to be his most difficult and serious reincarnation. Joaquin received the Palme dOr at the Cannes Film Festival for his role in the thriller You Were Never There. In the fantastic drama She, Phoenix embodied the image of a writer who was inflamed with true feelings for a virtual beloved. The lady of the heart was voiced by Scarlett Johansson. The neo-noir comedy Inborn Vice is another attempt by the actor to win the coveted gilded statuette.

In the Sisters Brothers western, Joaquin and John C. Riley appeared in the form of brothers, different in temperament, but united by one thing – a craving for robbery, murder, and other vices of the human soul.

In 2003, Joaquin became one of the participants in the documentary Earthlings, which talks about the need for an ethical attitude towards animals and the environment. Phoenix considers this film to be the most significant of his career. His participation in the film received a Humanitarian Award from the San Diego Film Festival.

He won a Golden Globe Award for Best Actor – Musical or Comedy Film and a Grammy Award for Best Compilation Soundtrack for Visual Media for a film soundtrack. He was invited to join the Academy of Motion Picture Arts and Sciences in 2006. The following year, he played on We Own the Night, which he also produced. He was awarded the Peoples Choice Award for Favorite Leading Man for his performance. That same year, he played Reservation Road. In 2008, Phoenix appeared in the film, Two Lovers.

In 2014, Phoenix starred in Inherent Vice, the first adaptation of Thomas Pynchon’s book. He was nominated for a fifth Golden Globe Award for his performance. Phoenix next starred in the 2015 comedy-mystery drama Irrational Man. He narrated his second documentary film for Nation Earth called Unity in 2015.

Phoenix starred as a war veteran in the thriller You Were Never Really Here in 2017. For his performance, he won the Cannes Film Festival Award for Best Actor.

As well as acting, he has directed music videos for Ringside, She Wants Revenge, People in Planes, Arckid, Albert Hammond Jr, and Pickup Silversun. He also serves as one of the executive producers of the TV show 4Real. Phoenix is also listed as a producer on the film We Own the Night.

In 2019, Phoenix starred as the iconic DC Comics character The Joker in Todd Phillips film, Joker. The film premiered at the 76th Venice International Film Festival, where it won the Golden Lion, with Phoenix receiving rave reviews for its performance. The film was released theatrically in the United States on October 4, 2019, and was a major box office success, raking in over $ 1 billion, making it the first R-rated film to cross the billion-dollar mark on the international box office

With Joaquin, you can talk about art, music, everyday affairs, animal welfare (this topic is very close to the actor), but not about his personal life. He has not yet been married, although there are plenty of ladies.